004: How To Build a 9-Figure Business (Twice) With Eric Smith

How many people do you know who’ve built back-to-back 9-figure companies? Those people probably know a thing or two about how to build and grow a successful company, wouldn’t you say?

Today’s show features special guest Eric Smith, whom I’m fortunate enough to call a friend — and a mentor. A self-described “start-up guy,” Eric has never worked for a company he didn’t start. He was the co-founder and CTO of STSN, later rebranded as iBahn — which is actually the place were I got my first taste of real growth. In fact, the system for growth that I teach is rooted in the principles I learned when I worked with Eric in the 90s.

To me, one of the most amazing things about STSN and Eric’s story is that their product was accidentally developed. A throwaway comment from a hotel magnate, 8 weeks to make it to market, and sheer determination to succeed. You don’t want to miss this episode.

Thank you so much for listening. If you enjoyed what you heard or learned something new, why not share with a friend? You can use the social media buttons at the bottom of the post.

I’d really appreciate it if you would leave an honest review of Marketing IN THE KNOW at iTunes, because ratings and reviews make a real difference, especially for new Podcasts like mine. Honest reviews also help me to improve the Podcast and make it more useful for you. I read them all!

Have comments about the show? You can reach me on Twitter or Facebook — or leave a comment on the blog. You can also subscribe on iTunes — and then you’ll never have to worry about missing an episode.

I hope you enjoyed my conversation with Eric as much as I did — Eric, thanks so much for coming on! That’s a wrap — I’ll catch you next week!

HOW TO BUILD A GROWTH MARKETING MACHINE 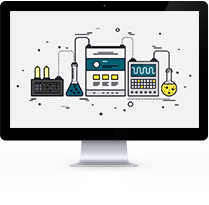